Three Ways to Securely Set Up Remote Workers with Meraki

In the fallout of COVID-19, organizations have had to exponentially grow their number of concurrent remote access VPN sessions. Firewalls have limits (due to encryption hardware constraints), in how many VPN users they can support. Frequently, organizations will need bigger firewalls because they never envisioned when they initially installed their security appliance, the encryption requirements of all their remote workers. New hardware takes time to arrive and during the national quarantine and shutdown – hardware lead times are extending too far out for many firms.

Consider standing up a virtual firewall appliance like the Meraki vMX100. Most organizations have compute resources available in the data centers. An organization can stand up a Meraki virtual MX100 security appliance as a new virtual machine in their data center in hours and start serving remote access VPN users almost immediately. The Meraki vMX100 can be installed in various sizes which means that it can be built with enough compute, memory, and storage resources in your data center to meet the hardware requirements to serve thousands of remote workers.

Meraki access points may be configured to concentrate traffic to a single point for teleworker use cases. The teleworker footprint can be any Meraki wireless access point which tunnels the company’s wireless network (SSID) through the organization’s Meraki MX security appliance. The Meraki MX security appliance is the ideal solution for SSID Tunneling using VPN concentration as it is custom built for mission critical networks. When the teleworker Meraki wireless access point connects to the Meraki Cloud and receives connection information about the corporate Meraki MX security appliance, it automatically attempts to punch a hole in its local firewall. Teleworkers connecting to the wireless network are now participating in an active site-to-site tunnel to the corporate office and can now access corporate resources.

VPN simplicity at its best! In the Sentry VPN section of Systems Manager, you enable the Client VPN server. No need to worry about user configuration, or shared secrets, or sever credentials. Everything is automatically pulled from the selected Meraki MX security appliance and then pushed out through a profile update to the organization’s client endpoints managed by Systems Manager. On the client device, in VPN settings, the end user simply clicks the toggle button to bring the VPN up.

With Meraki Systems Manager Sentry, an organization can take advantage of a wide range of security features including VPN, to harden the organizations infrastructure, while overcoming the biggest obstacle to secure network configurations – setting it up and making it easy 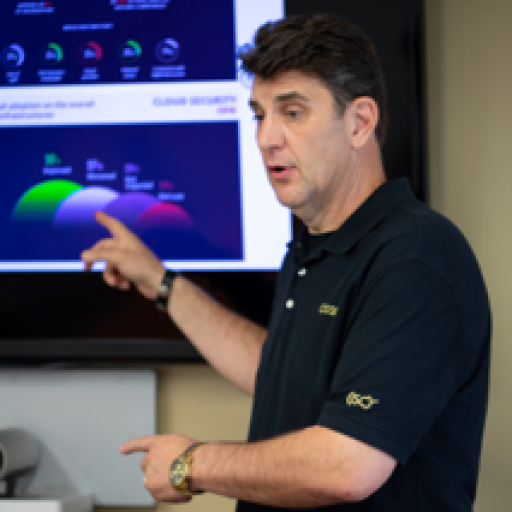 Software-as-a-Service adoption accelerated rapidly during the pandemic as organizations turned to th...

END_OF_DOCUMENT_TOKEN_TO_BE_REPLACED

Remote work has been so successful that most organizations plan to permanently support hybrid workst...

END_OF_DOCUMENT_TOKEN_TO_BE_REPLACED

Video collaboration solutions have been instrumental in enabling remote work, but “meeting fatigue...