A Special Holiday Message from the North Pole 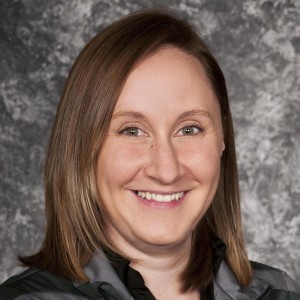 Twas the Night Before Christmas

Santa
Twas the night before Christmas and all through the town,
Not a creature was stirring, ‘cause they were all in lockdown
The Cerium elves were hard at work on their Webex Teams Space
Taking care of their clients, For they could not meet, face to face.

Mrs. Claus
The hand sanitizer was set by the chimney with care
In hopes that St. Nicholas soon would be there.
The children were nestled all stuck on Zoom
While visions of recess and snow ball fights loom.

Elf Becca
And Ma in her jammies and I in my mask
We had just washed our hands again,
We’ve developed a rash.

Elf Deanna
When out from my PC, I heard such a wailing
I sprang to my desk to see who was emailing.
It was an urgent email, It sure did look cool,
but the kids couldn’t read it
For they had been in homeschool.

Mrs. Claus
It said, “you’ve been invited, its mandatory and starts at 5
For Christmas is virtual this year, Join now we are live!
And what to my wondering eyes did appear?
But a Webex call with Santa and eight tiny reindeer.

Santa
More rapid than 5G my coursers they came,
And I whistled and I shouted and called them by name
Now Dasher, now Dancer, now Prancer and Vixen,
Log-on Comet, Log-on Cupid, Log-on Donner and Blitzen!”
Plug in your laptops, Start Video, all
“Is everyone here? Let’s begin this Webex Call”.

Elf Deanna
To see his enjoyment was all such a hoot
But no one could hear him cause he was on mute.
He turned on his sound, a reindeer showed him how,
And repeatedly shouted, “CAN EVERYONE HEAR ME NOW?”

Elf Becca
He was dressed in pajamas,
from his head to his toe
Except for a pressed white shirt,
with a Cerium logo

Mrs. Claus
His eyes how they twinkled, but his dimples were hiding
His cheeks were undercover, his nose, is it running?
His droll little mouth was blowing hot air thru a cloth
And his beard on his chin, well he looked like a sloth.
The stump of a pipe, he held tight in his teeth,
How did he do this, with all that PPE?

Santa
after months of lockdown, I had a big round belly,
That shook when I laughed like a bowl full of jelly.
A bundle of toys, I flung over my head,
saying “These are germ spreaders, it’s gift cards instead”

Elf Deanna
The screen halted and blipped, interrupting the team.
Santa’s mouth frozen wide open, like the painting, the Scream.
The connection went down with one final glitch,
The kids killed the bandwidth from streaming on Twitch.

Mrs. Claus
I heard Santa say, as he flickered from sight,
One final message that left us so feeling so bright
He said…..It’s Christmas my friends, so please raise a cup
I think we all can agree, 2020 was elfed up!